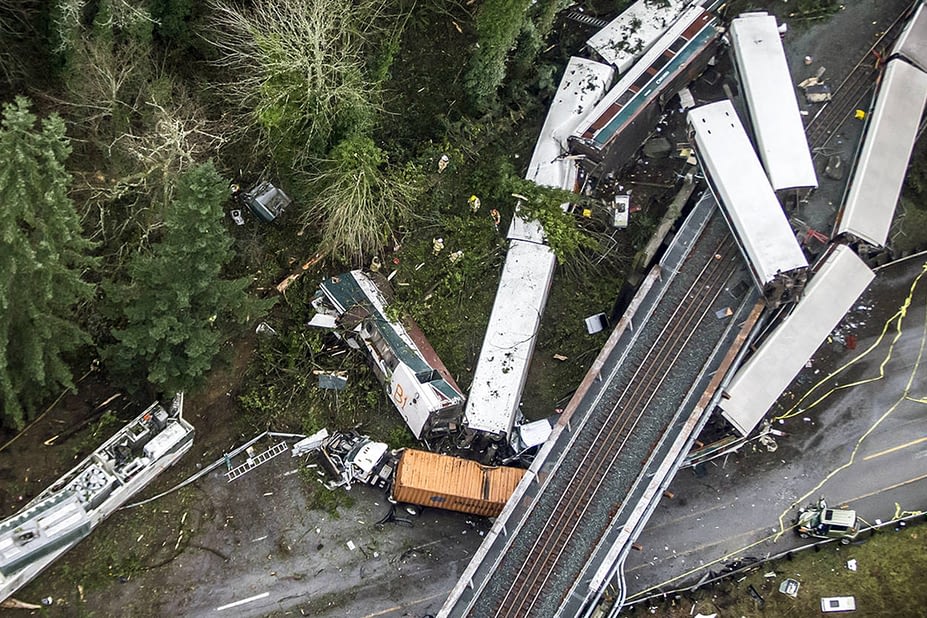 A piece of tragic news is circulating countrywide about the Ghotki train accident where a training barrel was wrecked into pieces, causing multiple injuries and casualties. People are crying for their loved ones, who departed their homes in good health, but never returned safely. This incident took place on Monday, 7th of June, and as a result of such a horrific scene, at least fifty-one passengers have lost their lives.

During the nighttime, at almost 3:00 am, in the district of Ghotki, a train derailed from its tracks and collided with another (Deputy commissioner of Ghotki). After derailing from the tracks, Millat express fell on the adjacent track where it clashed with Sir Syed express, resulting in an even bigger misfortune. The death toll kept rising as the day passed while the chances of survival for some kept declining (Rizwan Nasir, district administration official on Ghotki train accident).

Cries of help echoed throughout the night as the trapped, and severely injured passengers were in utter despair. The locals came to the aid of the injured and expired while the military and a team of engineers joined after some time. After a long process of nearly 15 hours of clearing the wreckage and pulling out the survivors or dead bodies, the aid-providing team departed. Since the Ghotki train accident, all the hospitals nearby were put on emergency alert.

All hospitals nearby are put on emergency alert. The casualty list that had more than fifty deaths has now crept up to 65. Meanwhile, many injured are suffering the aches of their life as their condition gets critical day by day. People will remember the Ghotki accident for ages.
.
The portion of tracks where the train derailed was not in a proper condition and required some replacing. The driver’s statement concludes that applying the brakes did not work in stopping the fast-moving train. The driver was carried out by the nearby villagers and suffered multiple injuries as well. As per a few reports, the engineering staff is to be blamed, while the engineering staff claims that everything was pitch-perfect from their side. The engineering staff also added that the driver could have been more vigilant.

Thoughts of Pakistan’s Prime Minister on the Ghotki train accident:

Is Traveling By Train Even More Dangerous Than Before In Pakistan?

As a nation, hearing the news of train accidents is not a new thing for the Pakistanis, as the country has had the most horrific accidents in recent times. Research shows that more than seven hundred train accidents occurred from 2012-2017(Pakistan railways). This country has seen it all from the bursting of gas cylinders, derailing from tracks, collapsing, and now this Ghotki accident. The public pleads with the government to take serious actions to be safe from such deadly accidents in the future.
The 3 Main Causes of Accidents Like the Ghotki Train Accident as Defined by The Railway Authorities Are:

● Problems of signals leading to lack of communication.
● No proper maintenance.
● Obsolete engines and bogies.

This Ghotki train accident has become a sign of terror, and people have started thinking twice about traveling by train ever since. A group of persons included in the Ghotki train accident casualties list was traveling for a wedding party. The only hope for its betterment lies in the government’s hands. Proper risk management and maintenance policies must be implemented to safeguard humanity.